skip to main | skip to sidebar

The Younghearts – Do You Have The Time (Funk/Soul) 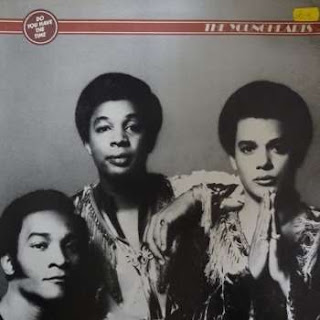 The late great Gerald Levert was undoubtedly one of contemporary R&B's best male vocalists. This 1994 release was (for my taste) his most enjoyable solo CD. The David Foster-produced, Adult Contemporary-influenced Soul ballad "I'd Give Anything" was this CD's big hit but it (sadly) failed to cross over onto the Pop charts. Nonetheless, this CD is chock-full of romantic Urban Soul ballads that should appeal equally to both fans of 1970s and '80s R&B as well as contemporary music fans. Like the late and equally missed Luther Vandross, Lou Rawls, Isaac Hayes and Barry White, Gerald Levert was a balladeer par excellence and his music will be cherished forever.
Publié par sogoodmusic à 03:45 6 commentaires: 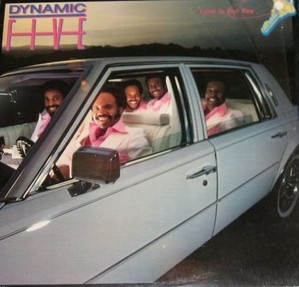 Here a very rare Lp by the Dynamic Five, fantastic LP with sweet Soul & Funk jams. This LP is very hard to get and have a price over 3000$..... Enjoy !
Publié par sogoodmusic à 11:10 9 commentaires: 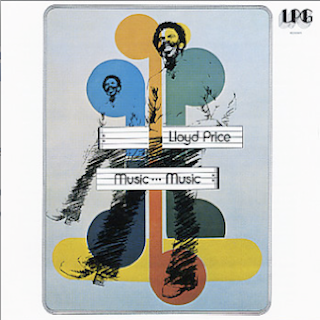 A1 What Did You Do With My Love
A2 Music Music
A3 Love Music
A4 Mr. & Mrs. Untrue
B1 Street Love
B2 You Brought It On Yourself
B3 Uphill Peace Of Mind
B4 N'sele

Clarence Reid – Dancin’ With Nobody But You Babe (Soul/Funk) 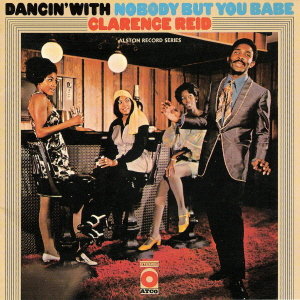 Talk about a group who didn't quite get there due,the Natural 4 is one of those groups.They are as smooth stepping as they are singing.Such tracks as "Heaven right here on Earth" and"Try love again" are just a little sample of what these four men from Oakland California can do.If you can find anything by these guys,but it!They are truly in the category with The Stylistics,The Whispers and The Dramatics and ChiLites.
Publié par sogoodmusic à 11:37 4 commentaires: 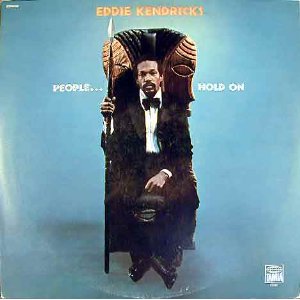 This album, PEOPLE...HOLD ON, is my all time favorite by Eddie Kendricks. This was his second solo effort after leaving the Temptations, and it clearly defined the musical direction he would be taking in his career. Recorded a year before his first real taste of commercial (read: crossover) success (1972), the material and production presented here probably outshined anything he ever made that came afterward. Now this is not to downplay Kendricks' smashes "Keep On Truckin'" or "Boogie Down" or any of his stellar subsequent LPs; I loved those songs as a little kid and I still enjoy listening to them to this day. But PEOPLE...HOLD ON marked a real departure for Eddie: he got rid of the formulatic sound that had marked most of Motown's records, and chose a Washington, D.C.-based R&B band, The Young Senators (which was also his backup band on tour), to play behind him on these sessions instead. The result: an amazing chunk of funk with a splash of honey added to it. And Eddie's confidence as a soloist had definitely grown since his debut in 1971. Produced by (now the Reverend) Frank Wilson and Chess Records alumni Leonard Caston, Jr., PEOPLE...HOLD ON was a concept album that was specifically geared towards Eddie's largest fan base --African-Americans -- and sold well among that market (as would all of his solo works). It featured cut after cut of songs that made the Thin Man from Birmingham get back to his roots: gospel-drenched ballads ("Day By Day", "Just Memories"), ballads with a funk/reggae-tinged edge ("If You Let Me", "Eddie's Love", "I'm On The Sideline"), hot dance cuts ("Girl You Need A Change of Mind", "Date With The Rain") and soulful message music ("Someday We'll Have a Better World", "My People...Hold On"). The title song, "My People...", is an absolute triumph, an adventurous, hypnotic tune that features African drums, chants, hand claps, and dramatic spoken passages. Talk about going back to your roots? Well, Eddie really put it on us here, taking us all the way back to the Motherland, with an almost revolutionary message. Particularly worth noting is the full version of the brilliant arrangement of "Girl You Need a Change of Mind", a song that addresses feminism, which is included here in its full glory. Relentlessly coming at you, it has a couple of breakdowns in the song that were similarly used with great success on Eddie's later hits "Truckin'" and "Boogie Down". "Change of Mind" has been documented by many to be the first disco record (playing time: 7:30), and it is still very popular in club circles and on classic soul radio. It stamped Eddie with the reputation for waxing some of the tightest dance tracks to ever come out of Motown in the '70s. His falsetto sounds wonderfully seductive, with the male voices in the background encouraging his rap...convincing an independent woman that he's in her corner, but he's asking her not to get so caught up in being a superwoman that she puts making love to him out of her mind ("Now I'm for women's rights, I just want equal nights"). Whatcha say to that? Also worth mentioning is the the opening tune, a Frank Wilson composition, "If You Let Me". Eddie's pristine natural tenor is the focus here, and it is one of the best vocal performances he has ever turned in -- in or out of the Temptations. Pouring emotion into each lyric, you kind of get the feeling that the song indeed held some deep personal meaning for him. When he sings "Just tryin' to make ya see, my mind done all but left me"-- you honestly believe it. It was also Eddie's highest charting R&B single since his departure from the group, and signaled that something huge was on the horizon. IMO, the only flaw on the album is "Let Me Run Into Your Lonely Heart", which is a raw, funky little cut, but the arrangement of the song is a bit too discordant for me to fully enjoy. But aside from that, PEOPLE...HOLD ON is something definitely worth "holding on" to, a true soul classic. Once you get this in your hands, you'll never want to let go. Motown, you know what to do -- get it back out there for us to enjoy on CD! This is, without a doubt, EJK's masterpiece.
Publié par sogoodmusic à 08:19 4 commentaires: 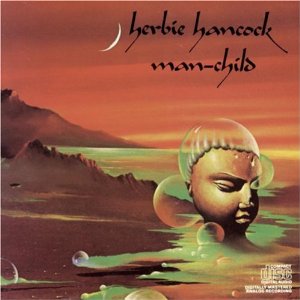 Considering that this album is the follow up to Herbie Hancock's brilliant 'Headhunters' and 'Thrust',the albums that wrote the book on the funk-jazz sound 'Man-Child' is bound to be as magical an album as the mysterious cover art suggests and it is."Hang Up Your Hang Ups" is a strident,funky blacksploitation thats chocked FULL of guitar and Moog breaks for you hip-hop samplers!Elsewhere "Sun Touch" and "Bubbles" are smoldering,drippy funky fusion filled with lush,melodic keyboard and analog synth textures."The Traiter","Heartbeat" and "Steppin In It" are harder edged uptempo funk.Overall 'Man-Child' comes off as the 'pure funk album' Herbie was planning to make with his previous two records because the jazz influences are kept to a bare minimum.For fans of fusion and mid 70's electronic Moog/ARP funk this album is a treasure but for those interested in earlier,more abstract fusion this may not be your thing.It's only a pitty that some very similar sounding and conceived albums by George Duke and Jan Hammer from roughly this same period remain out of print.It's a testament to the fact that,luckily,Hancock managed to be connected with Columbia records who have kept classic funk LP's by Herbie Hancock like this in print!
Publié par sogoodmusic à 01:50 3 commentaires:

Side Effect - What You Need (Funk) 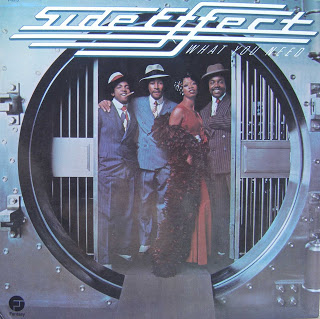 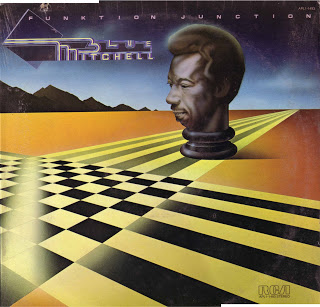 Blue Mitchell made his name as a member of Horace Silver's quintet, where his lyrical playing and beautiful timbre perfectly complemented Silver's simplified, soulful brand of bop. When Silver disbanded his group the members stayed together under Mitchell's leadership; Silver and Brooks were replaced by Chick Corea and Al Foster, whose places were later taken by Harold Mabern and Billy Higgins. A very good and very funky record by Blue Mitchell.
Publié par sogoodmusic à 07:00 3 commentaires: 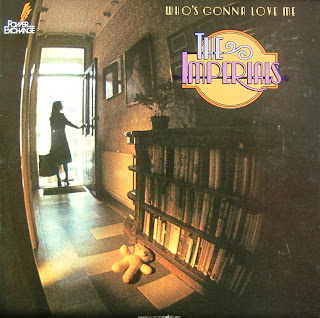 A1 Who’s Gonna Love Me
A2 You Better Take Time To Love
A3 Where You Gonna Find Somebody Like Me
A4 I Really Think We Can Make It Together
B1 Dance With Me
B2 Do What I Gotta Do
B3 Can You Imagine
B4 No One Makes Love Like You Do
Publié par sogoodmusic à 09:44 2 commentaires: 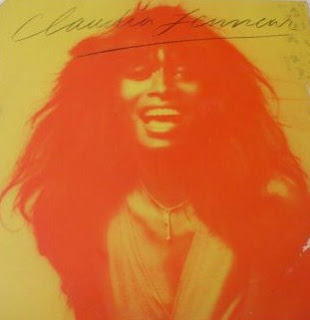 Side two
B1. Going Down
B2. From A Whisper To A Scream
B3. Everything I Do Gonna Be Funky
B4. What'd I Do Wrong
B5. Going Down
Publié par sogoodmusic à 01:36 2 commentaires: 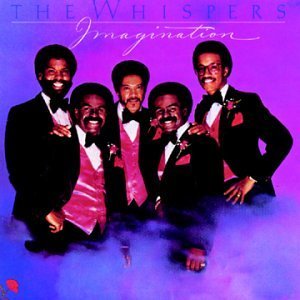 Imagination turns out to be some of the most energetic and sentimental albums The Whispers had released in their long career. Thanks to the production wonders of Leon Sylvers, Don Cornelius (for jammin'), and the band (for romancin'), Imagination was a great follow up to 1979's self titled lp that contained the #1 hit, "And The Beat Goes On." Now on to the songs, "I Can Make It Better" and "It's A Love Thing" was what rocked the whole lp with the violins, guitar picks, and slick bass lines and smooth lyrics (written by in-house SOLAR extrodinaire, Dana Myers). Those jams well mixed romance with funk. Another familar groovy tune was "Up On Soul Train" (obviously produced by Soul Train host and founder, Don Cornelius) of which served as Soul Train's theme song from 1980 to 1982 (before O'Bryan's "Soul Trains A Comin'" replaced it mid-way in the 12th season). "Continental Shuffle" (written by Lakeside's Mark Wood) was groovy while the sentimental "Say You (Would Love For Me Too)" stood as a great classic Whispers' ballad. Nothing much to say but to enjoy another Whispers classic album. Like their 1979 self titled lp, Imagination was a big enough hit for a SOLAR all star tour (with Lakeside, Shalamar and Dynasty) as well as four promotional videos (two of them were for "It's A Love Thing" and "Say You (Would Love For Me Too)") of which the latter which were new promotional tools for African American musicians.
Publié par sogoodmusic à 04:07 2 commentaires: 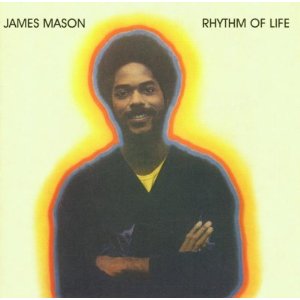 Obviously this is not the actor James Mason, but this mind movie is made by Roy Ayres guitarist of the same name. This album has a funk disco feel, but when I say this, I am not talking about mirror ball glitter, but a danceable, 1970s CTI feel. Rhythm Of Life is covered by early synthesizers, and grooves you can step to, but glide with a cool vibe and not a mirror ball stomp. The title track reminds me of listening to late 1970s FM radio: one of those amazing and novel detours a well versed DJ would take, back when DJs could cook sets the way they pleased. The rest of Rhythm Of Life does not have quite the grip of the title track, but with excellent female vocals and tight as a right foot step playing, the whole album has a compelling grip you will be digging on for a long time.
Publié par sogoodmusic à 15:29 2 commentaires: 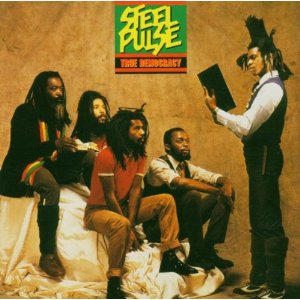 Mixing impassioned political and social protest with stellar Rasta bats, these sons of Jamaican immigrants-led by David Hinds rose out of humble Birmingham origins to become one of the U.K.'s all-time greatest reggae acts and a globallyl revered band. Their live shows-both headlining and opening for Bob Marley and others-are legendary. Steel Pulse's Elektra debut album, True Democracy, ranks as one of their strongest, and Earth Crisis further built on their legacy as musical innovators and human rights advocates. Often fusing elements of jazz, dancehall, hip-hop, and Latin music into a roots reggae base, Steel Pulse will forever remain icons of the genre.
Publié par sogoodmusic à 10:34 1 commentaire:

Please leave a message!! We don't want to get the feeling we're doing this for nothing!

If You Like My Site : add me to your favourites

How Do You Find Our Blogspot ? 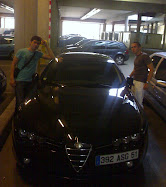 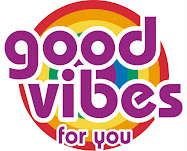 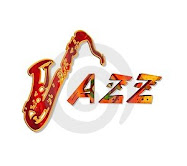 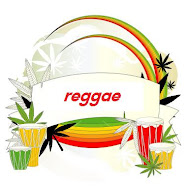 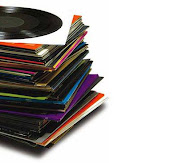